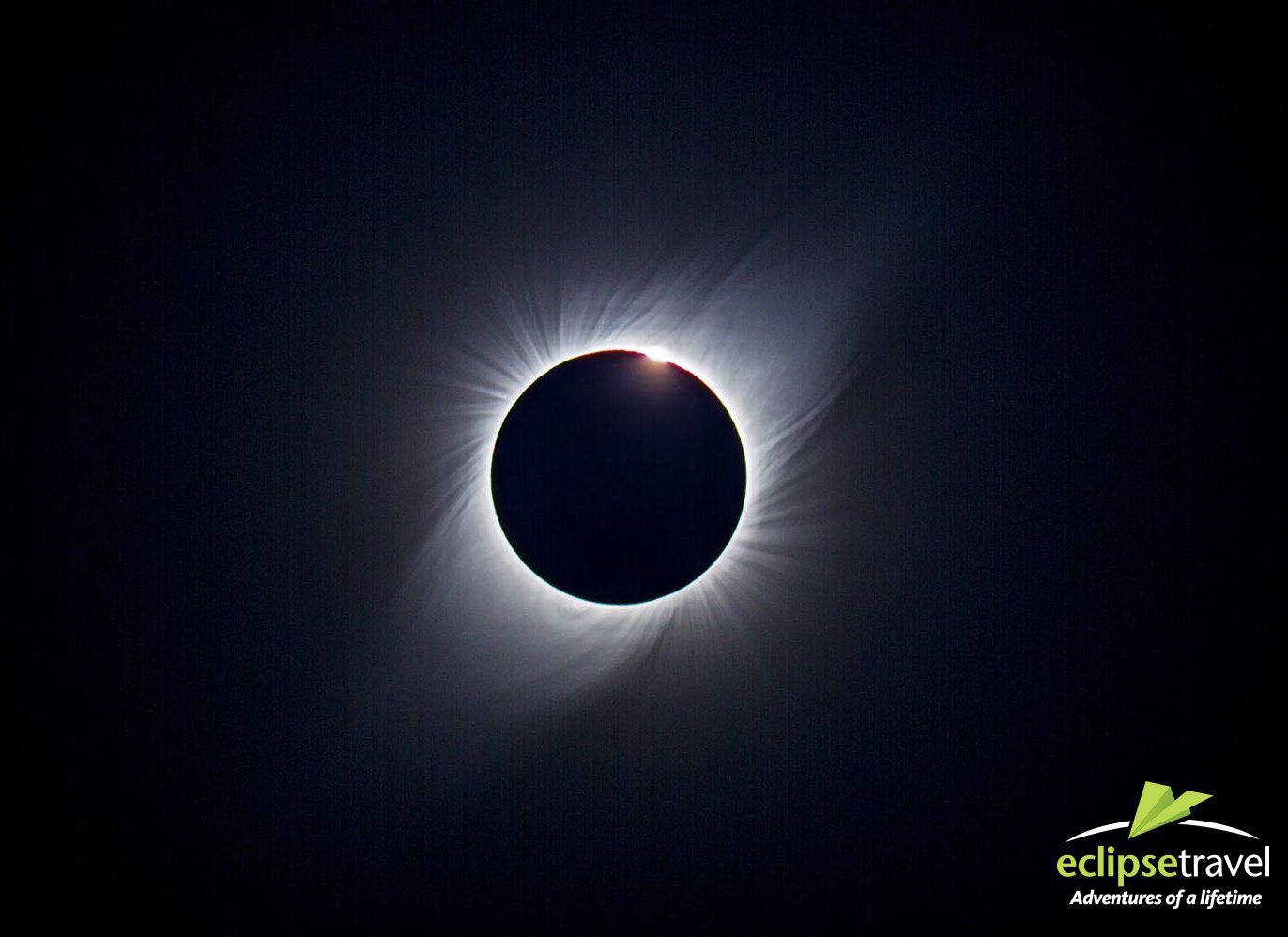 The central regions of Chile and Argentina experienced this natural phenomenon in which the Moon, in its movement around the Earth, fully covers the Sun.

Observing a Total Solar Eclipse is one of the greatest nature shows we can enjoy. Little by little, the Moon, in its eternal movement around the Earth, covers the face of the Sun until, in an instant, the light fades, darkness arrives and the stars appear in broad daylight with a twilight glow over the horizon in all directions. This leaves the alignment of the Moon and the Sun as a black disk with a bright halo around it. The moment of totality, which usually lasts a few minutes, is something to remember for your entire life, resulting in a visual, sensory and even spiritual impact without comparison. The feeling of being present in the path of totality during a total solar eclipse cannot be retold in words. In those moments it is easy to understand why total eclipses were so feared in antiquity. 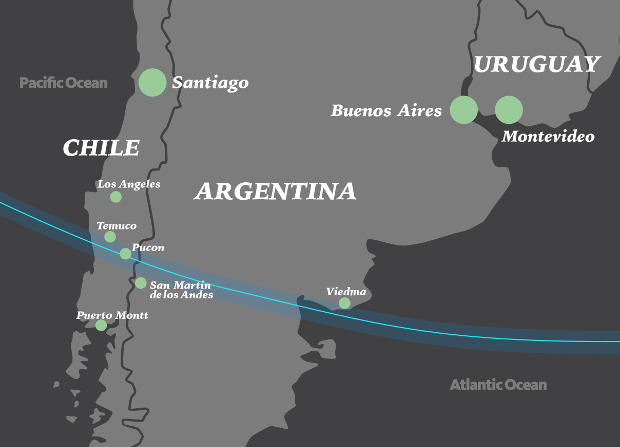 On 2 July 2019, a total solar eclipse occurred. It was only visible from regions of central Chile and Argentina, with most of the eclipse happening over the Pacific Ocean. I was able to live this total solar eclipse in person thanks to the invitation to travel as an astronomer for Eclipse Travel. It was the second time I had experienced a total solar eclipse (my first time was in November 2012, when the Sun dawned and was eclipsed from the north of Australia). This time the phenomenon did not disappoint either. Under clear, radiant, cloudless skies, from the Elqui Valley (near the fourth largest city in Chile, La Serena), the region where one of the most famous Chilean pisco (Pisco Mistral) is produced, hundreds of thousands of people we were able to enjoy this spectacular gift of the Cosmos.

Why do total solar eclipses occur?

There would be several things to explain here. First, the movement of the Moon around the Earth does not occur in the same plane as the Earth moves around the Sun. It is simply because of this that a total solar eclipse does not occur each time the Moon enters the new phase. Seen from Earth, the Moon almost always passes a little above or slightly below the Sun at the beginning of the lunar month. But once in a while it crosses directly over the Sun. This is when an eclipse occurs, although not necessarily total. Here we take into account a curious cosmic coincidence: the Moon is 400 times smaller than the Sun, but at the same time it is 400 times closer to the Earth. That is why both bodies have the same apparent size in the sky (more or less, because the orbits are elliptical and the distances are not always exactly the same). Thus, when conditions are met (around once a year) the shadow of the Moon sweeps the surface of the Earth.

This point is also very important: the area of the Earth where you can see a total solar eclipse is very limited. The shadow of the Moon is about 90-120 kilometers in diameter and moves about 10 thousand kilometers above the surface of the Earth. Only in this strip of totality is it possible to enjoy a total eclipse of the Sun. And, since our planet is mostly ocean, a large part of that strip always falls in the sea or in remote regions of the Earth.

At the moment of totality, when the moon completely hides the solar disk, it is possible to see the diffuse outer layer of the Sun’s atmosphere, the solar corona. At the edge of the moon also appear pinkish flares of matter that the Sun is emitting, plus another pink layer (the chromosphere), immediately above the photosphere (the region of the Sun’s atmosphere that we see). The solar corona is not something homogeneous: it has a very dynamic structure, where rays and loops appear as a consequence of the Sun’s magnetic fields, which guide matter to follow them. The gas of the Sun, mostly hydrogen, serves as a magnet, and creates part of the magnetic field, so that both (diffuse matter and magnetic fields) are intrinsically connected.

Above I show one of the images that I got of the 2019 solar eclipse in Chile. It is the moment of the second contact, when the disk of the Moon completely covers the Sun. Just then the last rays of the Sun pass through the valleys and craters of the Moon, creating a striking phenomenon known as a diamond ring. The last glow of the Sun is the diamond of the ring, the ring is given by the chromosphere and the brightest part of the solar corona. This image, which combines 6 shots of the 1300 I took during the entire eclipse, I got using my small refractor telescope with 80mm diameter and 600mm focal length with the digital camera attached directly to it (in other words, I used the telescope as a telephoto lens).

As spectacular as this image may be, it does not do justice to what is experienced observing the phenomenon live. In August of 2017, another great total eclipse occurred that crossed the United States from west to east. The American population was so impressed with the experience that now travel companies offering trips to see solar eclipses has multiplied exponentially. There have always been eclipse hunters that have gone in search of the shadow of the Moon, but now (and with how easy it is to travel in these times if we compare it with a few decades ago) the number of tours on offer has skyrocketed.

In 2019, the whole region (La Serena and the Elqui Valley) was completely overwhelmed. There were so many buses that they needed 12 hours to return to nearby hotels (only a few dozen kilometers) after the eclipse. Again this speaks of the spectacle of seeing a total solar eclipse. Because, as I explained many times in Santiago de Chile (where the Moon only covered 92% of the Sun), it has absolutely nothing to do with an eclipse at 99% that a total eclipse. On 8 April 2024 we will enjoy a total eclipse visible from Mexico which is set to be another truly memorable experience. My advice is to plan early and to ensure that none of your travel arrangements are left to chance.

Angel travelled with one of Eclipse Travel’s small groups to Chile in 2019 as an expert astronomer guide.